Cattle producers, leaders say vertical integration of industry is just around the corner

BILLINGS, MT – A ‘Black Swan’ event is a metaphor that describes an event that comes as a surprise, has a major effect, and is often inappropriately rationalized after the fact with the benefit of hindsight.

Leaders of R-CALF USA are warning that the three Black Swan events the cattle markets suffered in less than two years are accelerating the industry’s trajectory towards vertical integration, not unlike the current state of both the packer-controlled hog and poultry industries.

R-CALF USA Region III Director Brett Kenzy, who backgrounds and feeds cattle in south central South Dakota, said Black Swan events in the cattle industry occur when the cattle market goes in the opposite direction that market fundamentals would dictate.

“In less than two years, the fed cattle market took nose dives in response to major wholesale beef rallies. The first followed the August 2019 Tyson plant fire, the second followed the March 2020 outset of the pandemic, and the third is happening right now with boxed beef surging to $280 per cwt while fed cattle prices are falling,” Kenzy said. 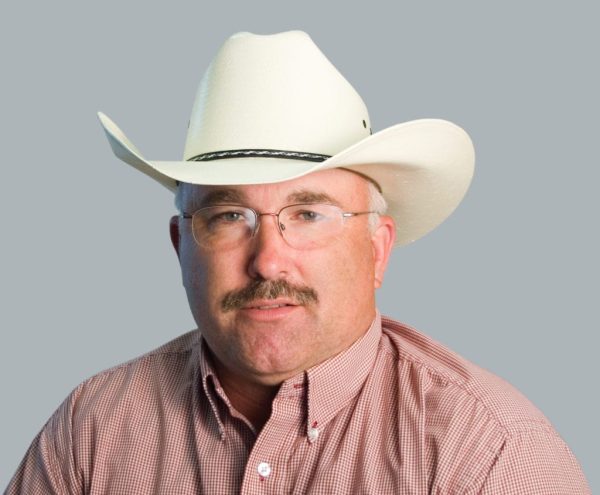 Eric Nelson is a cattle feeder in western Iowa.

R-CALF USA Region VII Director Eric Nelson, a cattle feeder in western Iowa, agrees. “Cattle prices plummeted in the face of each of those boxed beef rallies and those three events were distinctly marked by lower volumes in the negotiated fed cattle market, higher volumes of captive supplies held by packers, skyrocketing packer margins, and an industry undecided as to what, if anything, to do about it.”

Kenzy said while other groups appear uncertain as to how to respond to these irrational market moves, his group has a definite plan.

“This is urgent. There’s no reason cattle producers shouldn’t be enjoying the benefits of higher wholesale prices, strong exports, and incredible beef demand. The only reason we’re not benefiting is because our cash market is too thin to establish competitive cattle prices and we can’t showcase our superior beef with a country-of-origin label,” he said adding, “and to top it off, we’ve paid to have this dysfunctional marketplace through the government mandated beef checkoff program.”

Nelson said producers must do three things right away: 1) go to http://www.checkoffvote.com and sign the petition for a beef checkoff referendum, 2) call their congressional members to tell them to pass the Grassley/Tester bill (S.949) to revive the industry’s price discovery market, and 3) tell their congressional members that they must immediately restore mandatory country of origin labeling for beef.

“Cattle produces have contributed about all they can to bolster beef packer profits and now Congress must act quickly to restore competition to our industry — before it’s too late,” Nelson concluded.