RAPID CITY, S.D. (AP) — The South Dakota Water Board has rejected a request by a Canadian company that wants to restart the permitting process for a proposed uranium mine in the southern Black Hills.

The board on Wednesday unanimously rejected Powertech Inc.’s request following opposition from dozens of citizens, intervenors and state officials. Board members say it would be a waste of time and money because the company is still seeking some federal permits while others are tied up in the courts. 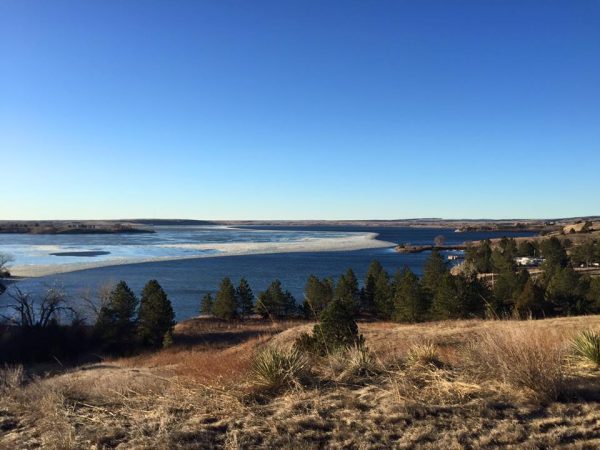 Stream sediments along the Cheyenne River watershed (including Angustora Reservoir pictured here) found that human activity that contributed to the elevated uranium levels could be traced to abandoned uranium mines across the area and mill near Edgemont, SD. Photo SD Game, Fish & Parks

“I just don’t think it’s appropriate for the state of South Dakota and this board to spend millions of dollars once again on an issue and then have the rug pulled out from under our feet after we’ve made a decision,” board member Rodney Freeman said.

The board puts its consideration of another Powertech project on hold in 2013, just a year after the company began the permitting process. Powertech has been pursuing federal permits and licenses since then, South Dakota Public Broadcasting reported.

Powertech, a subsidiary of Azarga Uranium, which is based in British Columbia, hopes to open a mine near Edgemont in Custer and Fall River counties. It plans to use a well-drilling method that injects a water-based solution underground, dissolves the uranium and draws it to the surface for processing.

Matthew Naasz, a Rapid City-based attorney representing Powertech, was the only person who spoke in favor of restarting the permitting process.

“Powertech has rights, too. Powertech has the rights to have its applications heard on the merits,” he said. “There’s no legal impediment to moving this matter forward, no reason these matters can’t go forward in parallel.”

Intervenors and people who spoke during public comment focused on the pending federal permits but other concerns as well. The speakers included people who live near the proposed mine, environmental activists, the Oglala Sioux Tribe, and tribal members.

“We’ve had uranium mining in our county before,” said Randy Luallin, of Hot Springs. “It was a boondoggle, the taxpayers ended up cleaning up the mess, and here we are again.”

Uranium was mined in open pits and tunnels in the Edgemont area from the 1950s to the 1970s, a process that left behind unreclaimed mines, buried radioactive waste and health concerns. Powertech says nuclear energy is environmentally friendly since it’s carbon-free.