GRAND ISLAND, NE – JBS USA on Monday halted production at a Nebraska beef plant that slaughters about five percent of U.S. cattle due to a fire, but said the company expects to resume operations on Tuesday.

A fire at a one of the nation’s largest beef processing plants appears to have spared the main production area, so the impact on the overall market is likely to be limited. 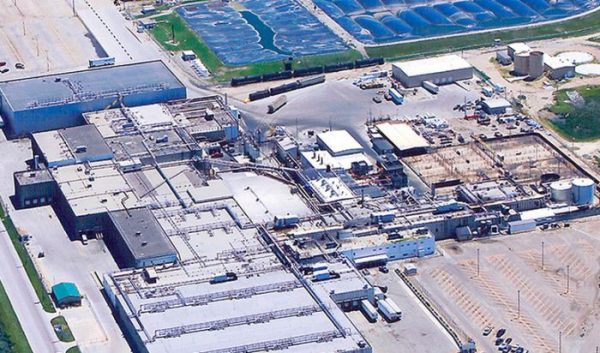 The blaze burned a hole in the roof of the part of the plant that handles rendering, and damage is confined to the rendering area, said Cory Schmidt, chief of the Grand Island Fire Department.

“Fortunately, JBS is very modular so if one area has an issue, for the most part it doesn’t affect the other areas,” he said.

Battalion Chief Scott Kuehl said the location of the fire in the roof and walls was creating difficulties in completely getting the blaze out.

While the blaze was burning at the JBS plant in Grand Island, that normally slaughters about 6,000 cattle a day, industry observers feared there could be a similar impact to when a fire disrupted operations at large Tyson beef plant in Kansas for months in 2019.

“Even a temporary shutdown in such a large plant will have an effect over the entire industry,” said Bill Bullard, who is CEO of the R-CALF USA trade group that represents farmers and ranchers.

The fire halted work at the plant Monday, and officials were still assessing the damage. But JBS spokeswoman Nikki Richardson said the company expects to resume operations at the plant Tuesday because the fire did not impact the main production areas.

Firefighters were called to the JBS plant shortly before 10 p.m. Sunday, Battalion Chief Scott Kuehl said, and arrived to find flames in the rendering area.

The six-alarm fire kept firefighters at the plant overnight and late into Monday morning as the fire spread in concealed spots within the ceiling and walls. No injuries were reported.

Officials did not yet know what caused the blaze.

After the 2019 fire at the Kansas plant, the entire market for beef was affected while production there was shut down for several months. Cattle ranchers and feedlot owners nationwide saw lower prices for their cattle because demand was down while the plant was closed. At the same time, consumers saw higher prices for beef because there was less processed meat available.