Fire season not at an end, fire watch continues

RAPID CITY, SD – Just as the summer is winding down, the heat is ramping up, with temperatures expected to approach triple digits in the Rapid City area through tomorrow (Fri., Sept. 10).

Tessa Jaeger, public information officer for the Rapid City Fire Department, said the difference between firefighting on an 80 degree day and a 99 degree day is profound.

“The biggest difference is the heat and the equipment that they’re wearing,” says Jaeger. ”They get warm really quick. When they’re in the fire and wearing heavy gear, they have to know the signs of heat exhaustion and keep a watch on each other.” 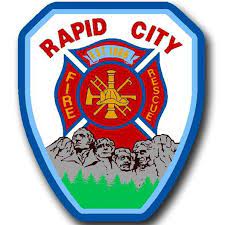 Jaeger said this fire season has been arduous on a shorthanded RCFD, with 48 hour-long shifts becoming common.

“We’re down in numbers,” observes Jaeger. “It does affect those who are working a lot of over-time.” She adds,   When I arrive in the morning and see the same person I saw the day before still on the job, it’s amazing to work for a department like that.”

A class of 18 new firefighters, four of whom were previously employed with RCFD as EMS exclusively, have joined RCFD. Jaeger said their contributions will make a difference.

“It will be a great thing for us to have additional people. Adding 18 when they graduate in November will be a huge help,” shares Jaeger.  “We’ve also hired part-time and full-time paramedics and EMT’s.  We’re doing new things and were adding people. It takes the load off of those who are working all the time. “