SEWELL, NJ – There she is….but not on television. In its 100th year, the iconic Miss America Pageant is going digital.

In the latest example of how TV culture is changing in the face of broadband technology that provides viewers with a huge number of entertainment options, the annual Miss America Pageant, will air entirely on NBC’s Peacock streaming platform in December.

Shantel Krebs, who was Miss South Dakota 1997 and competed in Miss America, serves as the current Chair of the Board, Interim President & CEO of the Miss America organization. She says enterting the streaming world will help introduce the pageant to a younger, broader audience who are accustomed to watching media on digital devices rather than on traditional television. 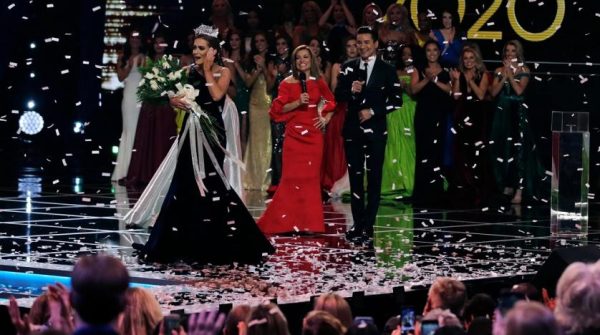 The contest will take place over five days, with the Dec. 16 finale being staged in Uncasville, Connecticut.

The event, which started as a beachside beauty pageant in Atlantic City, New Jersey, in 1921, awards millions of dollars in college scholarships to its winners.

In 2018, the pageant adopted a new format, referred to as “Miss America 2.0”, as part of an effort under new leadership to “[evolve Miss America] in this cultural revolution.” Under the new format, competitors are no longer judged on their physical appearance (resulting in the highly publicized announcement that the event would no longer include a swimsuit competition), and there is a larger focus on the competitors’ “talent, passion, and ambition.”

“We look forward to entering the streaming world with Peacock this year to help introduce our 51 outstanding individuals and to showcase their unique personal stories,” said Krebs, who has served on the Miss America Board since 2018 and had been a volunteer for the organizaiton for more than 20 years.

The move follows a slump in viewers to record lows. TV audiences dropped to an all-time low of 4.3 million people in 2018, when the swimsuit round was eliminated, and fell again to 3.6 million the following year.