WASHINGTON, D.C. – In a report from Brownsfield Ag News, U.S. Senator Chuck Grassley of Iowa says lawmakers continue to flesh out the best path for the bipartisan compromise bill addressing competition in the cattle markets.

He says tying it to the Livestock Mandatory Reporting (LMR) bill is the best route while criticizing Democrats for not allowing enough time for a separate bill on the subject. 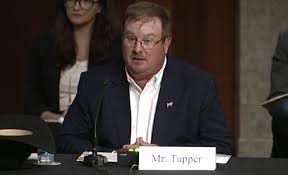 But Grassley and other lawmakers including South Dakota’s Thune, Rounds and Johnson – along with countless Senate Ag Committee hearings –  have been unable to bring a bill that has a majority support from all segments of the cattle and beef industries.

And it was House lawmakers who asked  for a one-year extension (versus 30 days) of the Livestock Mandatory Reporting Act to provide more time to reach agreement on the role of government in cattle markets.

LMR requires meatpackers to report purchases and sales of livestock and livestock products to USDA, which then publishes reports that include information on pricing, contracting for purchase and supply-and-demand conditions for livestock. LMRA expired Sept. 30, 2020, but has been extended several times under continuing congressional resolutions that provide temporary funding for federal programs.

Grassley tells Brownfield they’re exploring some other potential avenues.  “There are some other areas where we feel the marketplace isn’t working, like with Big Tech and maybe a couple of other areas,” he says.  “Could there be a bill that would deal with competition?  Because our bill is totally for competition.”

And while that is an option, Grassley told Brownfield Ag News it hasn’t been pursued as much as attaching it to the Livestock Mandatory Reporting bill.

At the start of December 2021, Senate and House lawmakers approved another short-term funding bill that keeps government programs, including USDA’s twice-daily reporting of livestock data, going until Feb. 18, 2022.