SAN FRANCISCO, CA – The U.S. Court of Appeals for the Ninth Circuit has  overturned the Environmental Protection Agency’s (EPA) decision that the toxic pesticide glyphosate is safe for humans and imperiled wildlife. Glyphosate is the active ingredient in Monsanto-Bayer’s flagship Roundup weedkiller, the most widely used pesticide in the world.

In sum the court noted EPA’s “inconsistent reasoning” made its decision on cancer “arbitrary,” and struck it down. The court concluded that EPA flouted its own Cancer Guidelines and ignored the criticisms of its own experts. EPA’s “not likely to cause cancer” conclusion was inconsistent with the evidence before it, in the form of both epidemiological studies (real-world cancer cases) and lab animal studies. In addition to its lack of conclusion as to non-Hodgkin’s lymphoma risk (the cancer most tied to glyphosate), the court also concluded that EPA’s general “no cancer” decision was divorced from its own Guidelines and experts when EPA selectively discounted evidence that glyphosate causes tumors in animals. 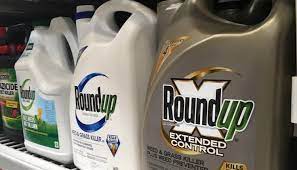 The court went on to conclude that EPA’s decision also violated the Endangered Species Act. As the court noted, EPA itself elsewhere had admitted that “glyphosate ‘may affect’ all listed species experiencing glyphosate exposure—that is 1,795 endangered or threatened species” yet had unlawfully ignored the ESA for this decision.

in May 2021 EPA effectively admitted grave errors in its interim registration and asked the court for permission to re-do the agency’s faulty ecological, cost-benefit, and Endangered Species Act assessments. However, the agency stated that Roundup should nonetheless stay on the market in the interim—without any deadline for a new decision.

In July 2021, Bayer announced it will end the sales of its glyphosate-based herbicides (including Roundup) in the U.S. residential lawn and garden market in 2023 in order to “manage litigation risk and not because of any safety concerns.” In California, jury trials continue to be held.