SIOUX FALLS, S.D. (AP) — Advocates for legalizing recreational cannabis in South Dakota are trying for a second time to legalize its use for adults through a ballot initiative.

Representatives of South Dakotans for Better Marijuana Laws (SDBML) said they would launch a signature-gathering campaign in the coming days after the Secretary of State approved a ballot initiative proposal for circulation Tuesday, October 12. 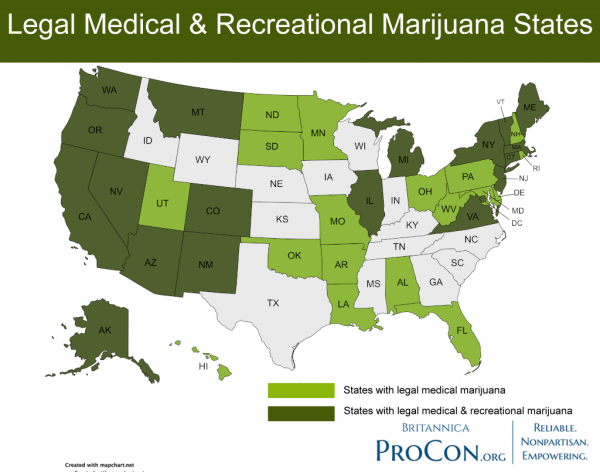 South Dakota voters approved recreational and medical marijuana on Nov. 3, 2020. Implementing procedures for medical cannabis is  now moving forward after being delayed by Governor Noem and the Republican-held legislature. Voter approval of recreational cannabis has been challenged by representatives for Governor Noem in a taxpayer-funded lawsuit.

According to a statement on the SDBML website, 54% of South Dakota voters approved Amendment A, a ballot initiative to legalize, regulate, and tax marijuana for adults aged 21 and over. But after the election, Governor Noem led a taxpayer-funded lawsuit to repeal the law. The case is currently being decided by the South Dakota Supreme Court. The oral arguments took place five months ago but the court has not yet issued a ruling. If Amendment A is repealed, marijuana legalization should be back on the ballot next year. Subsequently, a signature drive has been launched.

The group has less than a month to collect nearly 17,000 signatures from South Dakota voters to meet a deadline to place the issue on next year’s ballot.

Despite a state-wide vote taken almost 11 months ago to legalize both recreational and medical cannabis, the product still isn’t available legally in South Dakota. At the time, Gov. Kristi Noem strongly opposed the legalization of both the medical and recreational cannabis initiatives passed by voters in November 3, 2020.

But the Governor and Republican legislators were forced to bow to public pressure regarding their efforts to indefinitely delay the legalization of medical cannabis. Laws and licenses are now being established and implemented at the state level and in communities across the state.

The Governor and others were able to circumvent the voter’s approval of recreational cannabis by filing a tax-payer funded lawsuit challenging the constitutionality of  the voter-approved constitutional amendment. It remains before the state’s Supreme Court.