OMAHA, NE – A recent report from Farmers National Company indicates nearly half of all ag land in the U.S. is owned by non-operators.

The share of agricultural land owned by non-operating landowners and leased to ranchers and farmers varies by state and region. In the grain belt, the percentage of rented land varies from 40% to over 50%. 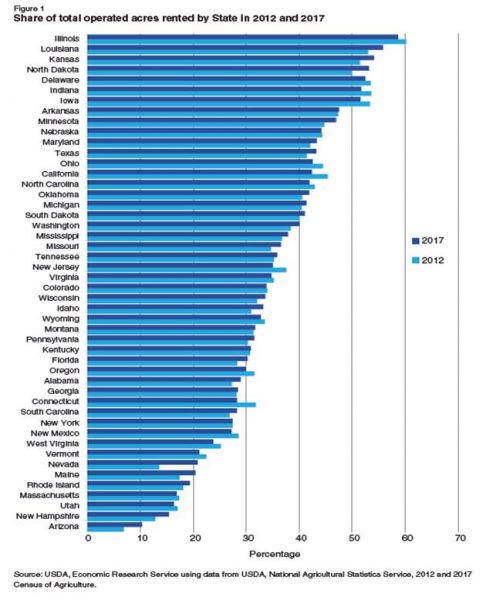 Randy Dickhut, the senior vice president for Real Estate Operations, says the land is being retained for ag production. “Some of that land stays in the family and some is sold to farmers.”

Many farms and ranches owned by non-operators are part of a family legacy. Dickhut says that states like Iowa, Illinois, Nebraska, and the Delta region in Arkansas, have a higher percentage of non-operating landowners than other areas because of good tillable land that people have inherited over the generations and tend to keep.

The landowner group is made up of retired farmers and ranchers, local owners who don’t farm, inheritors of the land who may live locally or at a distance, and institutional owners. The amount of land owned by non-farmers and ranchers in an area has an effect on the rental market.