HILL CITY, SD – The Sturgis Scooper girls had a six point lead with just two minutes left and lost a heartbreaker in the final seconds to the Hill City Rangers, 41-39 in the first game of a doubleheader at Coach Gins Court.

Sturgis was down 23-20 at the half and outscored Hill City 9-5 in the third to take a 31-28 into the fourth quarter.  The Scoopers led 39-33 until the Rangers used full-court pressure to force Scooper turnovers, turning them into points.  Ranger guard Anna Dean took a Scooper turnover down the court with four seconds left, converting a layup as time expired to get the win for Hill City. The Rangers used an 8-0 run in the final two minutes to secure the victory.

Cali Ewing scored 15 for Sturgis (1-9).  Landry Haugen added eight points and four rebounds.  The Scoopers shot 32% from the field and 6-of-11 from the charity stripe for 54%  Sturgis had 27 turnovers and 22 rebounds. 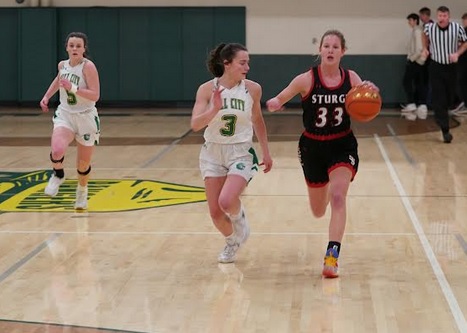 The Scooper boys lost a 15-point lead in the fourth quarter but held on to defeat the Rangers, 52-45.

Jake Vliem used his size advantage in the post to score 12 points on 5-of-9 shooting in the first half as Sturgis jumped out to a 22-16 lead at the intermission.

The Scoopers built a 41-26 lead early in the final quarter but got sloppy, allowing the Rangers to fight their way back with a 19-6 run.  Hill City trailed 47-45 with under a minute left, but Dysen Peterson drilled four-of-four free throws late to give Sturgis the win.

Ryan Heinert poured in 16 points and snagged eight boards for the Scoopers, who improved to 4-5 on the season.  Vliem finished with 15 points and eight rebounds.  Sturgis was 22-of-45 from the field for 48% and 8-of-9 from the free throw line for 88%. The Scoopers committed 22 turnovers and had 29 rebounds. 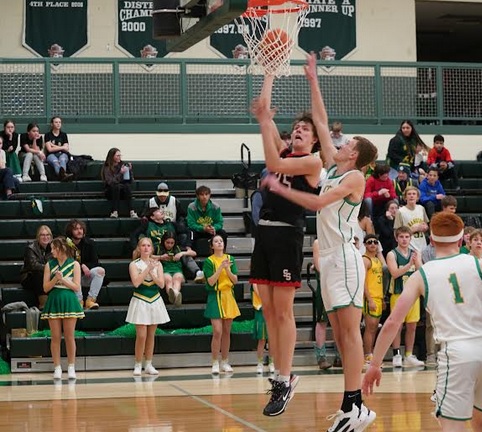