STURGIS, S.D. – Cake and a whole lot of memories were being served up Thursday as the Sturgis Community Center held a 30th birthday celebration.

The center, which officially opened in June of 1992, now features a wide range of events and activities; from swimming in the pool to plays in the theater to community education classes, to cardio rooms and much more.

The pool and locker rooms were recently renovated, and Community Center Director Rod Heikes says the upgrades are amazing.

“Our partner, Coca-Cola made such a wonderful commitment to help in replacing the locker room and the pool. Even the weight room and cardio rooms are special and are such a valuable asset to our community.” 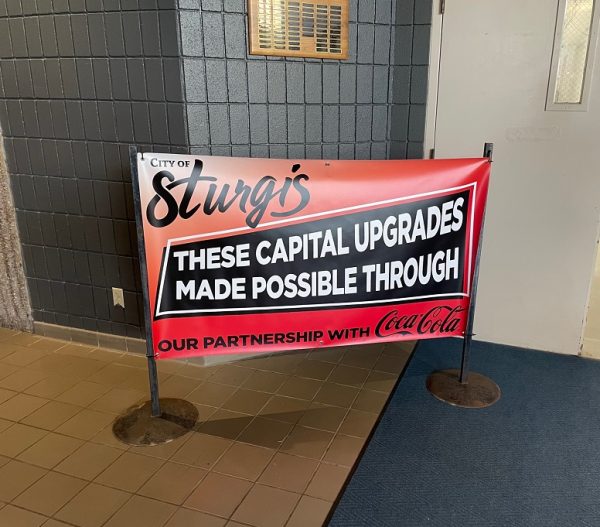 Heikes says there are well over 1,000 members now and it was the community of Sturgis that made this all possible.

“We so appreciate the support of the community over the years. It was their support that led to this beautiful facility being built. We have seen so many improvements over the past 30 years.”

Members of the original board that spearheaded the community center idea were among those on hand Thursday as were some of the early employees.

Dr. Harland Herman spoke at the event and remembers the special penny sales tax the city implemented to help build it.

“A lot of good people were on that committee to help build it. The initial bid came in at around $2.4 million and the community came together to come up with an additional $500,000 to help finish the theater.”

Heikes says it’s wonderful to see so much support that has gone into keeping the community center such an important part of Sturgis.