Triceratops skeleton found in Meade County up for auction in Paris

RAPID CITY, S.D.  – The remains of the world’s largest Triceratops that was found in Meade County is selling at auction in Paris. 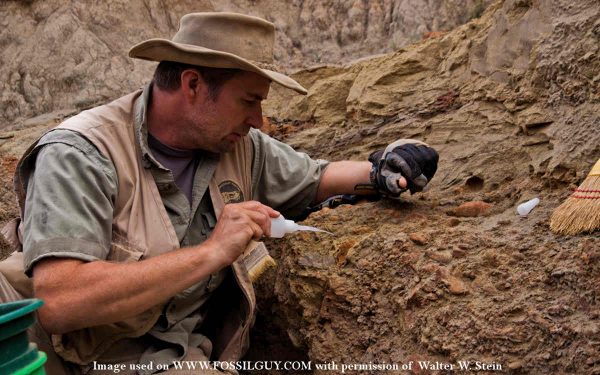 The first pieces of bone unearthed by paleontologists was in 2014. Sixty percent of the 26 foot long skeleton has been recovered, including most of the dinosaur’s skull. Among the discoverers is Walter W. Stein who has been digging for dinosaur bones for over 25 years.  He said South Dakota is home to amazing ancient creatures.

From raptors to plesiosaurs to the T-Rex, discoveries have been made north of Belle Fourche up in Harding and Butte Counties says Stein who adds that all of western South Dakota is rich in deposits of the prehistoric mammals.

Among other famous finds have been two Tyrannosaurus Rexes; one named “Sue” found on the Cheyenne River Reservation and the other “Stan”, unearthed from the Hell Creek Formation just out of Buffalo, SD.

The auction for “Big John” will take place at the historic Drouot (DROW-it) Auction House in Paris  on October 21.