Official USDA tags will now be defined as those that are both visually and electronically readable. USDA will remain technology neutral at this time – meaning, they will not standardize which frequency tag you must use.

The proposal would only apply to certain classes of cattle that are crossing state lines and meet any of the following conditions:

Electronic identification tags for livestock movements have been a source of debate and controversy for more than two decades. Arguments about their value and use in tracing animal diseases were highlighted in 2003 after the first case of bovine spongiform encephalopathy (BSE) was first discovered in the United States. The cattle industry has been slowly moving towards greater traceability rules and technology ever since.

The proposed rule comes while the Ranchers-Cattlemen’s Action Legal Fund United Stockgrowers of America (R-CALF USA) has a case pending before the U.S. Supreme Court over a proposed 2019 USDA rule involving radio-frequency identification (RFID) ear tags. The Supreme Court has asked the Biden administration to respond to R-CALF’s petition, said Bill Bullard, CEO of the group. The federal government’s response could lead the High Court to take up the case or reject R-CALF’s appeal.

National Cattlemen’s Beef Association (NCBA) President-Elect Todd Wilkinson, a South Dakota cattle producer and chairman of the NCBA traceability working group, commented that, “As USDA has worked toward a nationally significant animal disease traceability program, NCBA has remained engaged in the conversation with industry stakeholders and USDA to ensure the interests of cattle producers are represented and protected. It is critical that any program ultimately adopted by USDA allows for maximum flexibility and privacy. At the same time, USDA must also minimize the costs for producers and any business disruptions to the industry.

“Foot-and-mouth disease outbreaks across the globe continue to result in disruptions to commerce and depopulated livestock, the need for bold action is immediate and evident. However, NCBA is committed to working with USDA to ensure workable solutions are identified and ultimately implemented. Cattle producers can be confident that any finished product will protect our national livestock herd. We will ensure it provides maximum producer privacy and flexibility with minimal costs, exactly what our stakeholders have told us they expect from USDA.”

In a notice to members about the proposed rule, the U.S. Cattlemen’s Association noted that “About 89 percent of the national herd of approximately 100 million cattle and bison WILL NOT be impacted by the changes in this proposal.” 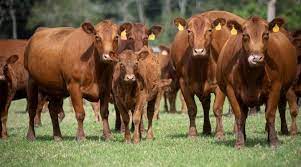 “U.S. Cattlemen’s Association members understand the importance of building an animal disease traceability system that doesn’t burden producers, is effective for disease tracebacks, and maintains the confidentiality of individuals. USCA will continue to engage with senior animal health officials to establish a workable program to treat, monitor, and ultimately contain an endemic disease as quickly and efficiently as possible.”

In its proposal, APHIS highlighted the need to improve the ability to trace animals back from slaughter and forward from the animals’ home farm or ranch, as well as tracing additional movements of the livestock.

Highlighting the risks that foot-and-mouth disease would cause, APHIS noted “time is critical” when it comes to tracing animal movements. Foot-and-mouth disease (FMD) can transmit from animal to animal in as little as 34 to 48 hours. While not found in the U.S., APHIS stated “even a small outbreak of FMD would have multi-billion-dollar impacts on U.S. livestock producers’ access to export markets with additional losses to production, reproduction and animal population.”

Other diseases such as bovine tuberculosis move slowly but can infect multiple herds before the disease is detected.

APHIS stated EID ear tags “offer a number of advantages over non-EID ear tags.” Simple visual ear tags can be harder to read, and the numbers on the tags could be only recorded on paper, or manually entered into a database. For EID ear tags, they can be read as livestock pass by an electronic reader. Once the ear tag is scanned, then the tag number can be quickly transmitted to a database.

This reduces the risk of error and makes it significantly quicker for veterinarians to access the information, APHIS noted.

In moving cattle and bison across state lines, USDA records show about 11 million cattle per year from 2017-21 had only visual identification tags that were not electronic, which equates to about 11% of the national herds for cattle and bison.

A cost-benefit analysis from USDA estimated it would cost about $26.1 million per year to purchase roughly 11 million EID ear tags for those producers who currently do not use EID ear tags on their cattle or bison.

Under the proposal, EID ear tags would be required six months after a final rule is published in the Federal Register. APHIS is also proposing new rules for record retention and access requirement for record pertaining to slaughter cattle.

The proposed rule will have a 60-day comment period that should run until March 22.