Once considered wasteland, wetlands were often drained so farmers could plant crops. Growing concern over the loss and appreciation of the value of wetlands in the ecological system led Congress to take action to protect wetlands in the 1985 Farm Bill. However, today, because penalties from violating NRCS compliance rules can lead to the loss of USDA services and assistance for farmers,

“South Dakota’s farmers, ranchers and landowners know their land better than anyone else,” said Senator Mike Rounds (R-SD) who sponsored the legislation. “They are conservationists by nature and want their land to be productive for future generations. They don’t need the heavy-hand of government interfering with their ability to manage the land they live and work on. 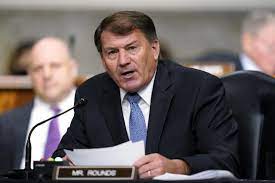 “For years, we have worked with South Dakotans who are facing arbitrary, punitive penalties by the NRCS. In South Dakota, we know that the NRCS has made unfounded wetland determinations and levied large and unfair monetary fines where the landowner has little or no recourse. The reforms I have introduced modify some of the NRCS’ compliance rules in a manner that works for landowners, gives farmers and ranchers more control over their land and removes unnecessary, often unfair, barriers and penalties,” said Rounds.

The legislation has been cosponsored by Senators John Hoeven (R-N.D.) and Kevin Cramer (R-N.D.).

“In North and South Dakota, we are all too familiar with the punitive enforcement of conservation compliance and farmers and private property rights rarely come out on top,” said Cramer. “Our bill provides much-needed reforms for the Natural Resources Conservation Service wetland determinations. It creates a more thorough appeals process, prohibits bureaucrats from being retroactively punitive, and rightly places the burden of proof on the government as opposed to the landowner. I thank Senator Rounds for his leadership and look forward to working with him on these reforms.”

“Permanent easement agreements mean decisions made by previous generations could impact future generations,” said South Dakota Farmers Union President Doug Sombke. “Each generation needs to be able to make decisions that make sense for their farm or ranch. I don’t expect my sons to manage the land exactly how I did or the same way my dad or grandpa did. This Act supports landowners’ rights.”

• Make certain compliance penalties for newly determined wetlands can only be prospective.

• Place the burden of proof on NRCS to prove a violation (i.e. not on the farmer/landowner to prove innocence).

• Require NRCS to go through notice and comment rulemaking for conservation compliance, essentially banning the use of interim rulemaking.

o Retrain National Appeals Division (NAD) judges and agency directors in how to provide a fair and balanced hearing;

o Require USDA to provide the entire record and/or decisional documentation to the farmer/landowner at the time of alleged compliance violation;

o Allow the farmer/landowner (and their counsel) to call NRCS technical staff as witnesses in the appeal;

o Accept evidence provided by the farmer/landowner as true absent substantial evidence to the contrary;

o Compensate the farmer/landowner for legal fees if they are successful in the appeal.

• Require USDA to establish State Oversight Committees (for each state) that will oversee the appeals of wetland determinations within their state.

• Require USDA to develop an appeal process for redetermination requests NOT accepted by state NRCS offices.

• Prevent NRCS from using one-time observations to satisfy the hydraulic criteria for determinations.